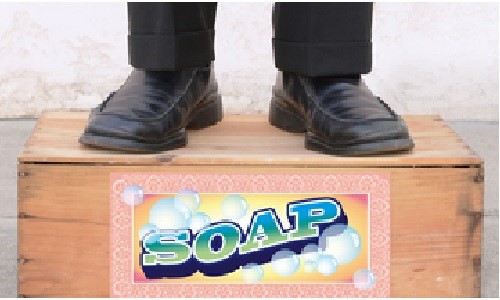 Today’s guest post is written by Lawrence Feldman. Lawrence manages a small tech company and works as a freelancer when he’s not taking MBA classes.

If you’ve ever gone on a rant—and who hasn’t?—then you are familiar with the art of persuasive speaking. With this type of speech, the speaker’s primary goal is to get the audience to accept his or her viewpoint. One of the challenges for the speaker is how resistant the audience is to making that change.

The Impact of a Persuasive Speech

Persuasive speech can do three things, according to boundless.com: It can convince, create action and stimulate thinking.

All three tactics can be incorporated into one speech, depending on the purpose and the audience. As the Assistant Secretary of the U.S. Treasury for Tax Policy, Mark Weinberger explained complex tax code to Congress. A gifted public speaker, Weinberger used all three types to create a feeling in Congressional members that changes needed to be made to create better a better tax structure. By adapting your style to the audience and event, your persuasive speech will be more effective.

The Signs of the Impact on the Audience

Watch for nonverbal clues from the audience to determine the impact your speech is having on them. Furrowed brows and eye rolling indicate the audience is resistant to your viewpoint; the happier the crowd looks and the more they nod their heads, the more likely it is they agree with you.

The Technique of Persuasive Speaking

There are several reasons why a persuasive speech is successful. Perhaps the audience trusts the speaker’s credibility. Or, maybe the speaker has used an emotional appeal, which makes people feel strongly about the topic. Finally, presenting rational points leads people to believe the topic makes sense. All these elements can be combined to create an effective speech.

Those hoping to sway opinion with a speech would do well to study the strategies that Ernst & Young CEO Weinberger uses in his speeches. For additional help, do a YouTube search for “public speaking tips.”

What tips do you have for persuasive speeches?